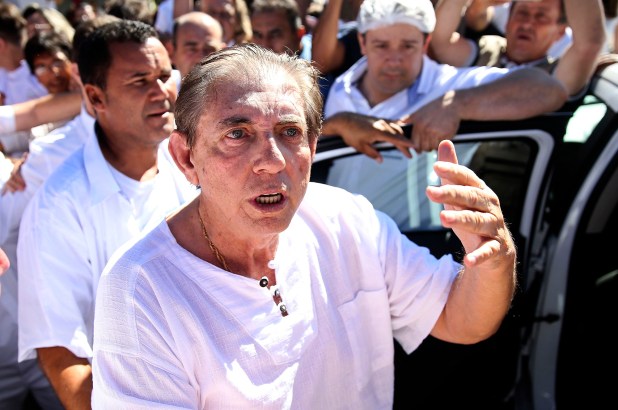 By Nika Shakhnazarova, The Sun

A cult leader known as “John of God” has been accused of running a sex slave farm and selling babies to the highest bidder on the black market.

Joao Teixeira de Faria was arrested a week after over 600 allegations were made against him in what prosecutors say could be the worst serial crimes case in Brazil’s history.

The 77-year-old’s renowned spiritual world crumbled in December after he was accused of sexually abusing a Dutch woman on live TV.

The woman’s claims prompted over 600 similar allegations to arise from around the world from countless women — all of which Faria has denied.

Brazilian activist Sabrina Bittencourt has now sensationally claimed the celebrity medium ran a baby trafficking operation, in which children were “farmed” in Brazil before being sold to childless couples around the world.

She claimed young girls were held captive in remote farms, where they were forced to produce babies.

She added that the women were murdered after 10 years of giving birth.

In a video, Bittencourt, whose organization, Coame, helps women report sexual assault by religious leaders, said she has spoken to women from at least three continents who claimed they bought Brazilian babies from John of God for as much as $50,000, the Mirror reported.

Bittencourt claims she has collected testimony from former members of the “John of God” cult.

She claims Faria would offer money to poor girls aged 14 to 18 to go and live in mineral mines or farms he owns in the Brazilian states of Goias and Minas Gerais.

There they would become sex slaves and be forced to get pregnant and their babies would be sold to the highest bidder from other continents, Bittencourt alleges.

“In exchange for food, they were impregnated and their babies sold on the black market,” she said.

“Hundreds of girls were enslaved over years, lived on farms in Goias, served as wombs to get pregnant, for their babies to be sold.

“These girls were murdered after 10 years of giving birth. We have got a number of testimonies.

“We have received reports from the adoptive mothers of their children that we sold for between $20,000 and $50,000 in Europe, USA and Australia, as well as testimony from ex-workers and local people who are tired of being complicit with John of God’s gang.”

‘My father is a monster’

Bittencourt appealed to others who may have knowledge of Faria’s alleged crimes to come forward.

“I ask that the embassies of Holland, USA and Australia demand impeccable conduct from the Brazilian authorities,” she added.

The Brazilian healer became a prominent spiritual figure in 2010 when Oprah Winfrey visited him and said she almost fainted during the “blissful” encounter.

His popularity and fame began to rise, and soon after, he became the country’s most celebrated faith healer and became renowned around the world.

After his arrest in December, however, Winfrey said in a statement: “I empathize with the women now coming forward and I hope justice is served.”

Among the hundreds of allegations against Faria, his own daughter, Dalva Teixeira, came forward with a shocking statement that she was a victim of her father’s crimes.

In an exclusive interview with Brazilian magazine Veja, she said that under the pretense of mystical treatments he abused and raped her between the ages of 10 and 14.

She claimed he stopped after she became pregnant by one of his employees, after which her father beat her so severely that she suffered a miscarriage.

“My father is a monster,” she said.

After an arrest warrant was issued for him, Faria was on the run for a week.

He allegedly withdrew $9 million from several bank accounts, leading police to believe he was planning to flee Brazil, or hide the money in case of compensation claims.

Investigators also found firearms and large quantities of cash in a house used by Faria as a spiritual retreat.

He eventually handed himself in on Dec. 16, telling officers: “I surrendered to divine justice — and, as promised, I now place myself in the hands of earthly justice.”

Faria has been charged with two counts of rape and two counts of statutory rape, as detectives continue to look into the abuse claims. 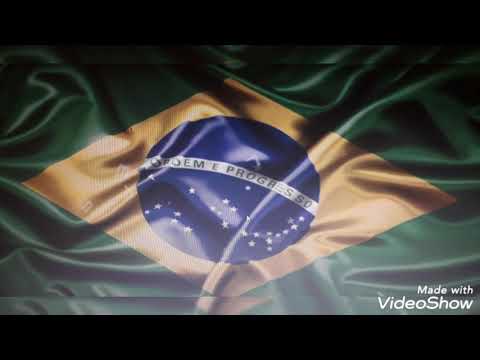